Also present at the event were representatives from a number of medical organisations including the British Medical Association, the Cystic Fibrosis Trust and the Scottish Kidney Federation.

David McColgan, Policy and Public Affairs Manager at British Heart Foundation Scotland and Terri Smith, Vice Chair of the Scottish Youth Parliament, both spoke at the event and expressed their support for Anne’s proposals to introduce a soft opt-out system of organ donation to Scotland.

The seven people present at the event who had either received a transplant or are currently on the transplant waiting list, travelled from across the country with their families for the opportunity to discuss the Bill and speak with each other and the various medical organisations present.

“I was absolutely delighted that yesterday’s event was so successful. I am bringing forward this legislation as I believe that we need to address the lack of available organs for transplants in Scotland. It’s only by speaking with transplant recipients and those still on the waiting list that you get a true understanding of the real consequences of the inadequacies of our current system. With three people dying across the UK waiting for a transplant it’s clear to me that something needs to be done and I strongly believe that adopting a soft opt-out system would help save lives.”

“The Scottish Youth Parliament is delighted to be able to support the Organ and Tissue Donation (Scotland) Bill. We know from engaging with young people in communities that this is an issue they are passionate about and one that is important to them, and it is our job to represent those views by supporting this proposed legislation.

“We know from the evidence from other European countries that soft-opt out systems result in higher numbers of available organs and a greater number of successful transplants which, in turn, saves lives. I recently published an open letter appealing to all Members of the Scottish Parliament to support this vital legislation, and I sincerely hope they do so. We look forward to continuing to work on and support the Bill as it progresses through Parliament to ensure the voices of young people are heard.”

“We are acutely aware that Anne’s proposals would directly affect hundreds of our members in Scotland who are waiting for an organ transplant and we are hugely supportive of Anne’s Bill. Every day there are senseless deaths due to the lack of available organs and with the stroke of a pen we could eradicate this and we believe that we need this change now.” 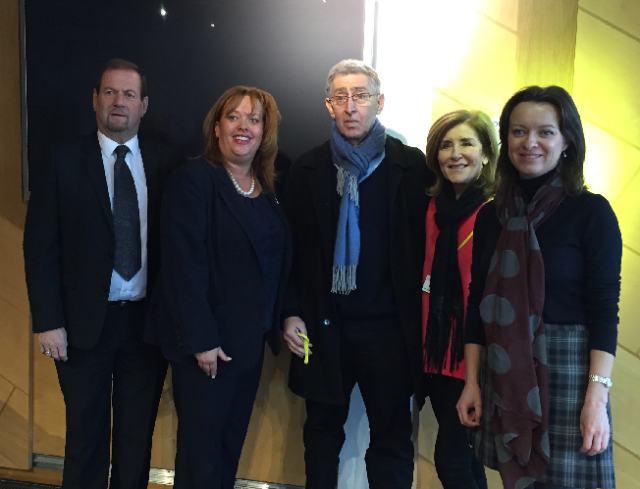 This entry was posted in Uncategorized and tagged organ donation. Bookmark the permalink.