Glasgow MSP Calls for Action to Be Taken On Bellgrove Hotel 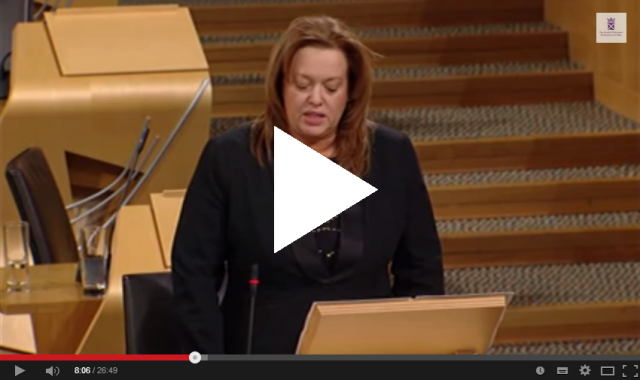 Glasgow Labour MSP Anne McTaggart has slammed the conditions in a city hostel and called for action to be taken to end the cycle of abhorrent behaviour by its owners.

Ms McTaggart was speaking in John Mason’s members’ business debate on Tuesday December 16th on the Bellgrove Hotel in Glasgow’s East End which usually houses around 140 men, often from vulnerable backgrounds. This follows a lengthy Care Inspectorate investigation which concluded that the Inspectorate had no remit over the hostel. In addition, Glasgow City Council’s Licensing and Regulatory Committee decided in October to award an HMO licence to the hostel for only one year rather than the three years applied for by the owner, Careside Hotels Limited. Ms McTaggart reiterated the urgent need for both the necessary legislation and guidance to be reviewed to ensure the wellbeing of vulnerable residents.

Speaking in the debate Ms McTaggart said “We have all become familiar with the wretched conditions that residents experience at the Bellgrove. It is a place that epitomises deprivation and squalor. In every sense, it is a modern-day poorhouse.

Given the simple reality that the Bellgrove represents a great risk to many of the most vulnerable people in Glasgow, it is time for the Scottish Government to take action. It is absolutely necessary to create new regulations for establishments such as the Bellgrove hotel so that they cannot continue to sneak by and pose a risk to the residents who stay there.

Given that we as a country pride ourselves on looking out for all our citizens and that we seek to provide a good standard of living for everyone, it is a shame that action has not yet been taken. It is time for us all to do the right thing and do everything in our power to put an end to this cycle of abhorrent behaviour on the part of the proprietors of the Bellgrove hotel and stop pushing the problem aside. We all know that what is happening is wrong. Now let us do something about it.”

This entry was posted in Uncategorized and tagged Housing. Bookmark the permalink.