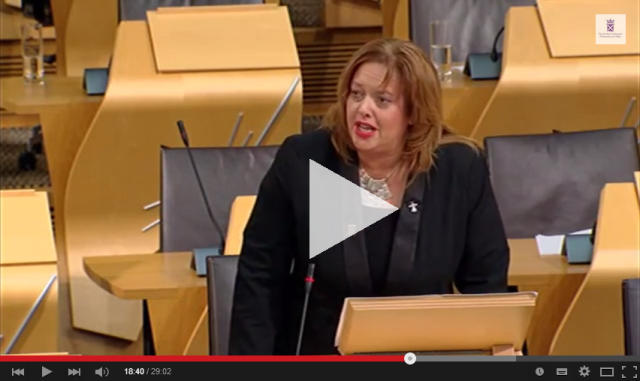 Glasgow Labour MSP Anne McTaggart has welcomed the creation of the bi-hourly train service from Berwick upon Tweed to Edinburgh and called for the continuation of the spirit of co-operation at the Scottish Parliament in order to promote prosperity and commerce.

She said “By opening this service a whole host of benefits are created for the eastern borderlands and the commuters who live there. Because of the service it is realistic for people living in towns near the stations to come into Edinburgh for work and bring the money back into their own communities where it was previously difficult to do so.

In addition, the increased traffic makes the areas around the stations centres of their region for businesses to open and people to live in. Particularly for the areas around East Linton and Reston, which have had train stations sitting idly for nearly 50 years, the re-activated rail stations will bring in money and commerce where it has been missing.

All of this spells out economic prosperity for the borderlands and the Scottish people who live there.

It should come as no surprise to the chamber that this motion, brought forward by Jim Hume MSP, has been able to receive cross party support. Although the various parties of the Parliament do not always agree, when it comes to measures like promoting prosperity and commerce in Scotland we are able to get together and do amazing things.

I sincerely hope that this spirit of cooperation continues to exist in the Parliament so that we may work as a group to benefit our constituents and towards a stronger, more prosperous Scotland.”

This entry was posted in Uncategorized and tagged Scottish Parliament, transport. Bookmark the permalink.